Lyceum Theatre through the years

The Lyceum Theatre’s history dates back to 1765. For over 200 years, there has been a theatre in London’s Covent Garden called the Lyceum, but not as we know it today. It’s taken many different forms throughout the years but has, and continues to be, one of the UK’s most prominent and important theatres. 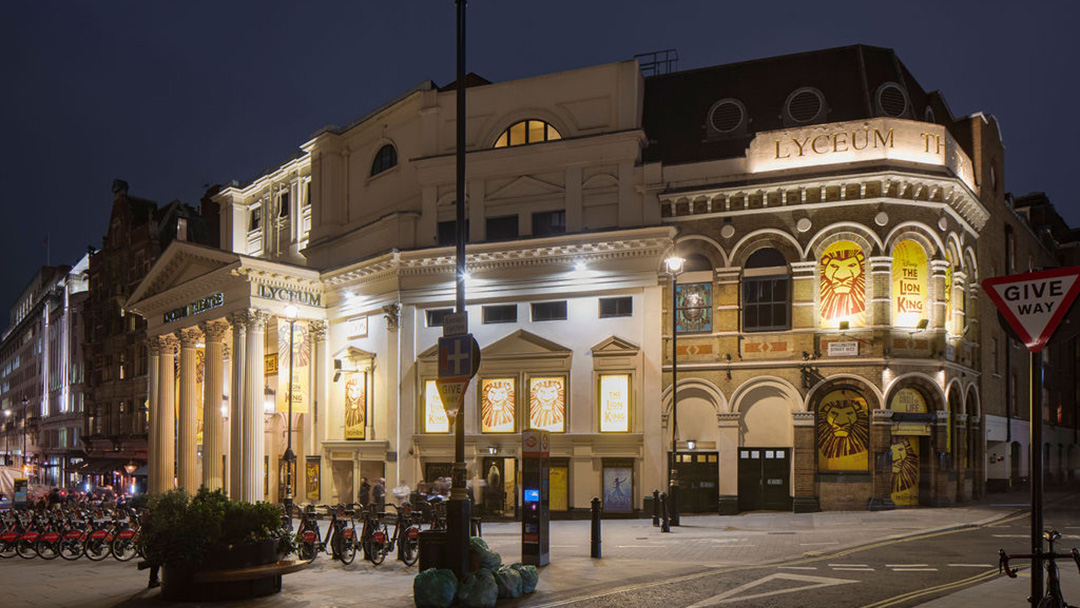 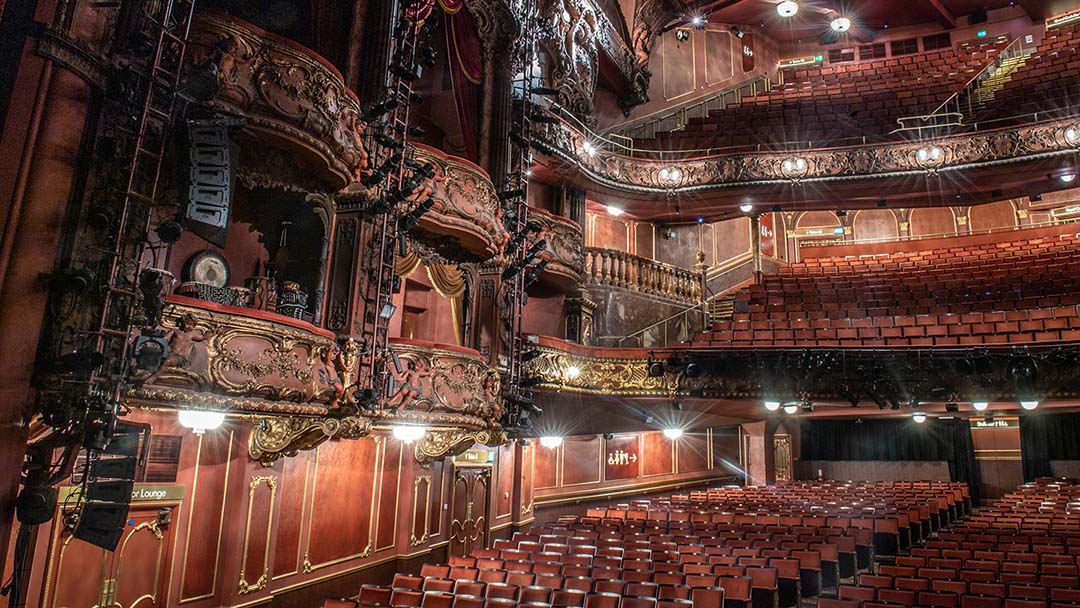 The current Lyceum Theatre is an amalgamation of styles and eras. The ‘English Opera House’, as the Lyceum was then known, burnt down in 1830 and construction of the new ‘Theatre Royal Lyceum & English Opera House’ began in 1834. The only part of the original building left is the main portico pillar entrance.

In 1878, Henry Irving took over as the Theatre Manager and appointed Mr Bram Stoker as his Business Manager. Bram Stoker is famous for writing ‘Dracula’ which was written within the walls of the Lyceum during 1897 and Irving provided real life inspiration for the character.

In 1904, the theatre was re-built as it currently is by Bertie Crewe. The theatre played host to a range of melodramas until the Lyceum was bought by London City Council in 1939, who had plans to demolish the building along with the Aldwych, Novello, Vaudeville and Adelphi theatres to make way for road improvements. The theatre closed in 1939 with a landmark performance of Hamlet starring Sir John Gielgud in the title role. 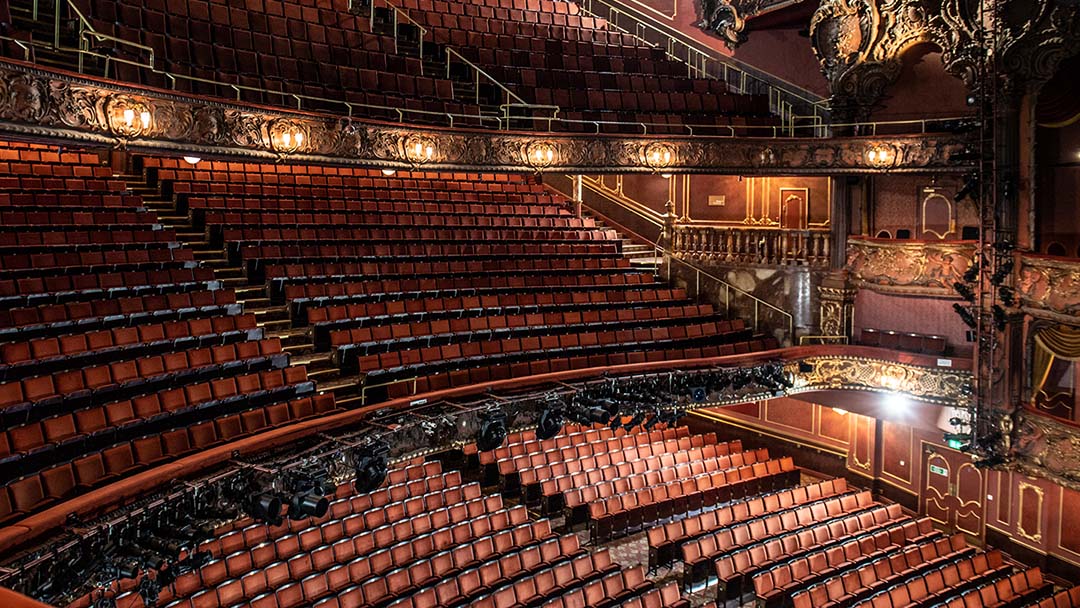 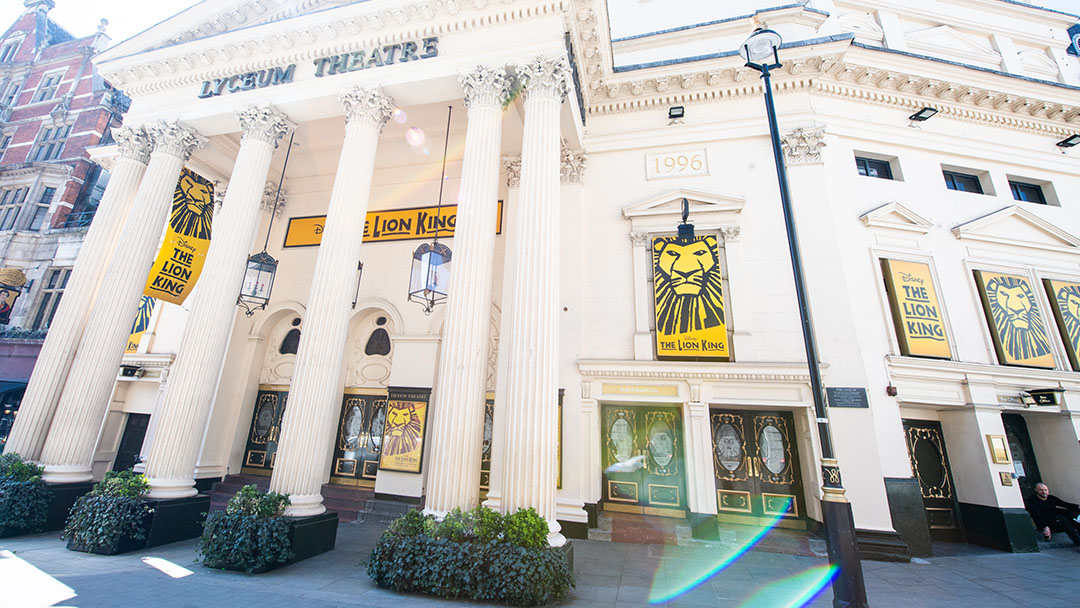 Luckily, the Lyceum Theatre’s history didn’t end there, as the council’s road improvement plans collapsed. After the war, the theatre re-opened as the ‘Lyceum Ballroom’ and welcomed many big bands and stars including The Who, Rolling Stones, Pink Floyd, Led Zeppelin, Queen and Prince, who played his first UK gig here in 1981.

The Lyceum Theatre was Grade II listed in 1978 to prevent further demolition plans and from 1996, it was given a new lease of life by the Apollo Leisure Group with a £15 million refurbishment. Since that time, the theatre has played host to shows such as Jesus Christ Superstar and Oklahoma! and is currently home to Disney’s The Lion King.